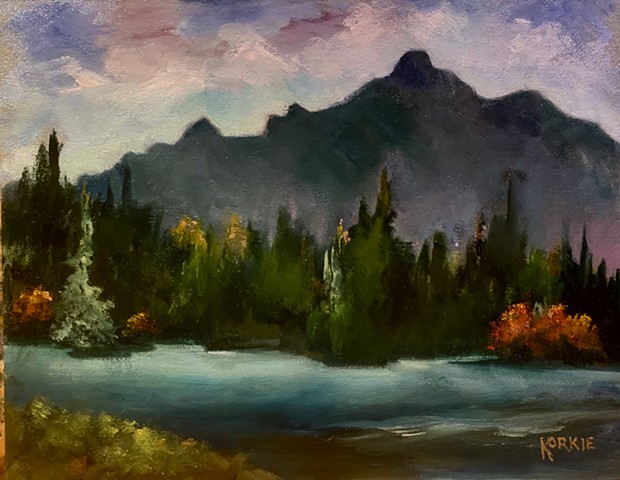 "Anû Kathâ Îpa" is the official name for the high point of a ridge that lies southwest of the Mount Charles Stewart summit and northwest of Mount Lady MacDonald near Canmore. The peak was formerly and irreverently known as "Squaw's Tit", owing to the resemblance it shares with a woman's upturned breast. It was recently repatriated to its original First Nations name.

This artwork was sold to a lovely young oncologist who lives in Edmonton.